SEC Announces Significant Upgrades to both Reg. A and Reg. CF Rules

The Securities and Exchange Commission (SEC) recently issued a series of proposed rule amendments which, in their words, are intended to “provide a more rational framework, eliminate complexity and increase access to capital while preserving and enhancing important investor protections to simplify.” Among the most significant amendments are the significant increases to the maximum offering amounts under both Reg. A (Tier 2) and Reg. CF (“Regulation Crowdfunding) rules. These amendments will significantly improve the usefulness of these respective offering types, in particular the usefulness of Reg. CF offerings as a serious capital raising option.

In the SEC Release concerning the proposed amendments, Chairman Jay Clayton was quoted as saying:

The complexity of the current framework is confusing for many involved in the process, particularly for those smaller companies whose limited resources spent on navigating our overly complex rules are diverted from direct investments in the companies’ growth. These proposals are intended to create a more rational framework that better allows entrepreneurs to access capital while preserving and enhancing important investor protections.

The proposed rules are focused on reducing certain complexities and ambiguities in the current offering framework to help market participants better navigate, and stay on the

right side of, applicable regulations.For those that are interested, the proposed rules are set forth in the 341 page, SEC Release No. 33-10763. The majority of the release is actually background information on the current securities offering framework, existing offering exemptions, etc. For those that have time the release has a great discussion on the various types of currently available offering exemption (including a handy chart starting on page 11) as well as the regulatory gaps and complexities that have arisen in the private offering framework over time.

For those that don’t quite have the time or patience to review the lengthy release, here is a summary of the primary modifications.

Amendments to Offering and Investment Limits:

Additionally, the provisions concerning individual investment limits under Reg. CF would be amended by:

Amendments to Reg. CF and Reg. A Eligibility:

can vary significantly by offering type. The SEC is proposing to amend the current Reg. CF restrictions to allow for the use of certain special purpose vehicles (“SPVs”) to facilitate and aggregate investments (the use of which is currently prohibited). This has been a big sticking point to the use of Reg. CF and will go along way toward improving its attractiveness as a capital raising option.

In addition to the above the SEC is proposing to:

One important point to note on the above changes is that they would eliminate the use of “Simple Agreements for Future Equity” (or “SAFESs”) in Reg. CF offerings. This is due to the SECs concern that SAFE offerings are highly risky and offer little protection for investors.

Under the existing exempt offering framework issuers are generally prohibited (except in connection with Reg. A and Rule 506(c) offerings) from doing any kind of “general

solicitation” (see Rule 502(c)). That being said, what exactly falls into the category of “general solicitation” is often unclear; particularly in today’s society.

The proposed amendments would specifically exclude “demo day” communications from being a form of “general solicitation.” Demo days refer to a meeting/event hosted by a college, angel investor group, incubator or accelerator, or other such group where one or more companies are able to present their businesses to potential investors. Under the proposed amendments communications in connection with these “demo day” events would not be considered “general solicitation” provided that:

The SEC is also proposing to delete the examples of general solicitation in Rule 502(c) and to add a new rule outside of Reg. D that would be updated and expanded to include “general solicitation” examples more in line with present-day communication methods (e.g. emails and text messages, and information sharing about issuers by angel investors).

While the proposed amendments do not change the general prohibition against “general solicitation” under Reg. CF it does amend the rules slightly to allow issuers to make oral communications so long as such communications comply with Rule 204.

Amendments to allow for “Test-the-Waters” Solicitations:

Under the existing rules, in connection with a proposed Reg. A offering the issuer may currently “test-the-waters” for offerings (i.e. gauge interest) from potential investors before or after filing an offering statement with the SEC. The SEC is proposing a new rule that would permit any issuer (i.e. not just those conducting a Reg. A offering) to solicit indications of interest in an exempt offering, orally or in writing, prior to determining which exemption it would rely on to conduct the offering. Without limitation, this concept would include generic solicitations of interest prior to

determining under which exemption to conduct the offering (e.g. Reg. D, Reg. A, Reg. CF., etc.).

Integration rules determine whether one offering of an issuer should be considered part of, or otherwise integrated with, one or more other offerings of such issuer. This is important because each type of exempt offering has its own distinct rules and regulations that must be expressly complied with. Accordingly, the consequence of finding that two (or more) offerings should be integrated is that each of the integrated offerings must satisfy, in full, the conditions of a single exemption. Failing to do so can lead to, among other things, rescission of one/all of the offering, a five-year capital-raising injunction under the “bad actor” rules and/or prosecution for violating Section 5

of the Securities Act by making an unregistered public offering.

Under the existing rules analyzing whether any two or more offerings are considered to be integrated involves undertaking a complex, and often subjective, analysis which centers around five main factors; whether: (a) the different offerings are part of a single plan of financing; (b) the offerings involve the issuance of the same class of security; (c) the offerings are made at or about the same time; (d) the same type of consideration is to be received; and (e) the offerings are made for the same general purpose. Recognizing the limitations inherent in, and the often subjective nature of, the foregoing five-factor test, the SEC has adopted various safe harbor rules and other guidance throughout the years. Most notably, Rule 502 provides a “safe harbor” for Reg. D offerings and provides that any such Reg. D securities offerings which are made within six months after or before another securities offering will not be considered integrated.

Under the proposed amendments the foregoing five-factor test would be replaced with the following four nonexclusive safe harbors and overriding general principal:

While the above may seem a bit convoluted they are actually much more streamlined with respect to application then the current five-factor test and will go a long way toward analyzing integration concerns in connection with multiple offerings.

The proposed amendments also provide for the following:

You really have to commend the SEC in listening to market comments and actively trying to streamline the exempt offering process. The proposed amendments actually go a long way toward accomplishing the SEC’s stated goal of addressing “gaps and complexities in the exempt offering framework that may impede access to capital for issuers and access to investment opportunities for investors.” In my opinion these amendments significantly improve the usefulness and viability of both Reg. A and Reg. CF offerings as serious capital raising options as well as improving the framework of exempt offerings 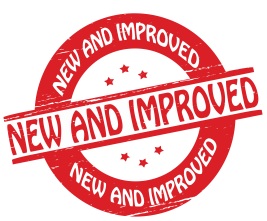 One interesting take away from those discussions is the fact that the traditional Reg. D (i.e Rule 506(b)) offering exemption remained the most popular during 2019 as illustrated by the following table in the proposed amendments despite the introduction of multiple “semi-public” offering exemptions over the last couple years (e.g. Reg. A, Reg. CF, etc.):

With the introduction of these new amendments however who knows what 2020 and beyond will look like.

It should also be noted that the proposed amendments are still in the 60 day comment period (which expires mid-May of this year) and are thus subject to additional modification prior to the release of the final rules. We can only hope that these amendments are substantively passed as drafted as they will fix many of the existing potholes which have slowed the use of some of the newer classes of exempt offerings.