Few words or phrases have the ability to affect the U.S. economy like the term “accredited investor.” Whether you know it or not, these two little words control nearly $1 trillion of private investment in the United Stated today.  The standards for qualifying as an accredited investor have remained relatively unchanged since the 1980s but that may all change soon as the Securities and Exchange Commission (the “SEC”) considers adopting serious changes to these standards, and the changes may spell trouble for investors and entrepreneurs…

For a primer on “accredited investors” and “private placements” See  “ACCREDITED INVESTOR,” WHAT IT MEANS AND WHY IT MATTERS.

Section 413(b)(2)(A) of the Dodd-Frank Wall Street Reform and Consumer Protection Act (the “Dodd-Frank Act”) requires the SEC to re-examine the definition of “accredited investor” every four (4) years to determine whether it should be modified “for the protection of investors, in the public interest and in light of the economy.” The SEC last 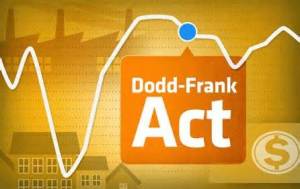 reviewed the definition of accredited investor in July 2010 when the Dodd-Frank Act was first enacted, at which time the SEC determined that the definition should be revised to exclude the value of a person’s primary residence from the calculation of their net worth for purposes of meeting the above $1 million net worth qualification. It’s now almost four years later and the SEC is considering making some very substantive changes to the accredited investor qualifications.

In anticipation of the SEC’s review of the accredited investor, the SEC has been soliciting comments on as to if, and how, the definition of accredited investor should be modified. In response, several consumer advocacy groups have advocated for various increases in the net worth and income requirements under the current definition. One proposal suggests increasing the net worth/income benchmarks to account for inflation. The SEC and the Government Accountability Office’s (“GAO”) estimate that under such a proposal the net worth requirement could increase from $1 million to $2.5 million and the current income requirement could increase from $200,000 ($300,000 jointly) to approximately $450,000 ($675,000 jointly).

On the other side of the coin, you have Congressman Scott Garrett and Congressman 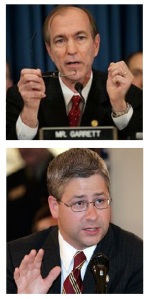 Patrick McHenry who jointly delivered a letter to SEC Chair Mary Jo White on October 30, 2013.  The purpose of this letter was to express their concerns over the SEC’s evaluation of the definition of the term “accredited investor” and their disagreement with the analysis and conclusions presented in the GAO’s July 2013 report entitled “Alternative Criteria for Qualifying As An Accredited Investor Should Be Considered.”

In the letter, the Congressmen identified certain shortcomings in the GAO’s report, including the GAO’s focus on existing wealth accumulation and income as a measure of investor sophistication, and the small sample size of those people surveyed (27 total, 11 being attorneys). The letter also contained nine (9) specific questions to be answered by Ms. White concerning, among other things, the SEC’s views on considering criteria other than wealth and income in determining who should qualify as an accredited investor.

On November 14, 2013, SEC Chair Mary Jo White delivered a response letter to Congressmen Scott Garrett in which she discussed certain possible changes to the 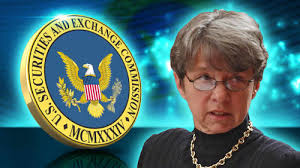 accredited investor definition as well as factors that the SEC will be considering during its review.  Additionally, in response to the specific questions raised by Congressman Garrett and Congressman McHenry, Ms. White’s letter indicated, among other things, that the SEC would be examining:

Ms. White’s letter appears to leave open the idea that the SEC may incorporate alternative measures such as certain professional certifications and educational backgrounds. She does, however, make a specific point of saying that the SEC has already received comments that, in addition to such certification/educational measures, “there is a need for some criteria based on a person’s net worth or income in order to measure the person’s ability to absorb the potential loss of his or her investment.” This leads to the assumption that, even if such alternative criteria are included, it may be in addition to the proposed increases in the income and/or net worth requirements which would make them of little benefit.

Let’s monetize this discussion. The following is a table taken from the SEC’s July 2013 report entitled “Analysis of Unregistered Offerings Using the Regulation D Exemption” which shows the amount of capital raised through private offerings from 2009 through 2012:

Many are predicting that, come July, the SEC will propose and ultimately enact significant modifications to the accredited investor standards to make it harder to qualify (particularly for individuals). If the predictions are correct,  these changes can and will have will a devastating effect on the private placement industry as a whole not to mention our economy (particularly with respect to start-ups).

The GAO July 2013 report identifies that simply increasing the net worth and income benchmarks to account for inflation would mean that sixty percent (60%) of individuals who current qualify as accredited investors would not qualify under the proposed increased net worth and income standards. Putting it in terms of value, this small change may result in the now $800 billion flowing through the Rule 506 industry being reduced by more than half. This does not even account for the fact that start-ups and small business would have a significantly small pool of “angel investors” to seek investment from. Many of these entrepreneurs cannot obtain traditional sources of financing and are reliant on angel investors to survive. As a result, without angel investors many start-ups would not make it to viability which would eliminate the revenues and jobs which could have been generated.

A Brief View From Across The Pond

In comparison to the SEC’s views on debt and equity investment, and the use of individual income and wealth as measures of investor sophistication, the Financial Conduct Authority (FCA; the financial regulatory body of the UK), has taken a much more enlightened approach. The FCA has taken significant measures to specifically tailor provisions regarding the offering and sale of debt and equity instruments to reflect the reality of the market. Without getting into a discussion of all of the differences (and advantages) of the FCA approach, some of the major differences from the antiquated SEC rules include treating debt and equity instruments differently (with debt instruments being seen as safer investments and thus less regulated) and the rules regarding who can qualify to invest.

The FCA rules, the most recent of which were released in March of this year, spell out who can invest in equity-based investments. Like the SEC, the FCA allows individuals meeting the income (£100,000) and net worth (£250,000, excluding primary residence) thresholds to invest. However, unlike the SEC, the FCA has also included an additional qualification which allows “sophisticated” investors, regardless of income and/or net worth, to invest. Under the FCA rules, an individual will qualify if they have been assessed by an FCA-authorized firm to be a “sophisticated investor” (i.e. someone sufficiently knowledgeable to understand the risks associated with the proposed investment). This is done by having the individual complete an exam like questionnaire (referred to as an “appropriateness test”) which is tailored by the issuer based on the specific investment and the associated risks. The individual can also self-certify but the “assessment” approach is the preferred method currently being used in the industry. With respect to debt instruments, which are viewed by the FCA as being less risky for investors, the FCA is even more lenient allowing anyone to invest (subject to certain maximum investment amounts).

The FCA’s novel approach to equity investment gets to the heart of what Congressman Garrett and Congressman McHenry have been advocating for. Primarily, that an individual’s ability to understand the risks of investment should be measured, not by their finances, but by their financial understanding. What’s even more telling is the fact that the private placement industry in the UK, in particular with respect to debt instruments/ peer-to-peer lending, is growing at an exponential rate while at the same time maintaining an almost non-existent rate of investor fraud.

In the above example it is easy to see how making it harder to qualify as an accredited investor can have a significant and far-reaching effect on our economy. This is just one example of what COULD happen. If the SEC decides to add stricter/additional conditions the negative effects could be even greater.  And for WHAT?? The SEC claims that such changes might be necessary “for the protection of investors” but the industry is working under the current definition and there is no evidence to suggest that increasing the net

worth / income requirements (or adding additional qualifications) would do anything other than allow only the richest 1% of our population to be able to invest.  Further, the Dodd Frank Act requires the SEC to review the standards in terms of what is best “in the public interest and in light of the economy.” It is hard to see how potentially excluding 60% of currently accredited investors (and potentially over $450 Billion in related investment dollars) from being able to invest, and draining the already limited capital pool available to start-ups and entrepreneurs can ever be considered to be “in the public interest.”

In my opinion even leaving the definition alone does not go far enough. I believe that the current definition needs to be loosened allowing more individuals to be considered accredited investors. As Congressman Garrett and Congressman McHenry correctly identified in their letter, there are several other factors beyond wealth and income which could be better predictors as to whether an individual is sophisticated enough to make reasonable investment decisions. These include (among others) an individual’s educational background or profession and/or whether they are working with a professional. By including such standards as stand-alone qualifications not only will it result in a substantial increase in the already $900 Billion private placement industry (meaning a greater amount of capital for start-ups and small businesses) but it would also increase the sophistication of the investor pool.

We can speculate as much as we want but we will just have to wait until the end of July to  see if the SEC makes the right choice. In the interim, the Angel Capital Association (the “ACA”) is recommending that all angel investors and other potential investors in private

placements to  contact the SEC as soon as possible to advocate against any more restrictive changes to the “accredited investor” definition (and to show support for changes which would loosen the current standards.  In this regard, the ACA has provided an easily adaptable letter and email template on its website. I for one will be submitting my opinions above to the SEC ….

Anthony Zeoli is an experienced transactional attorney with a national practice. Specializing in the areas of securities, commercial finance, real estate and general corporate law, his clients range from individuals and small privately held businesses to multi-million dollar entities. Mr. Zeoli is also an industry-recognized crowdfunding, peer-to-peer (P2P) lending and JOBS Act expert and is currently an active board member and Secretary of the CfPA (Crowdfunding Professional Association) and an active member of CFIRA (Crowdfund Intermediary Regulatory Advocates). Most recently he drafted Illinois House Bill 3420, a bill which provides for an intrastate crowdfunding exemption in Illinois and which was unanimously approved by the Illinois’ house and Senate. Anthony is also currently actively involved with the entrepreneurship program at the University of Illinois at Chicago as both a mentor and a student advisor and is an active advisory board member of the New York Distance Learning Association (NYDLA).
View all posts by Anthony Zeoli →
This entry was posted in Gen Crowdfunding and tagged accredited investor, compliance, dodd frank, private placements, Regulation D, SEC. Bookmark the permalink.