A New Bill Looks To Fix The Current “S Corp” Rules For Easier Crowdfunding; Why It Needs To Do More 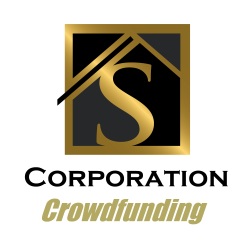 A new Bill (H.R. 4831) was recently introduced by Representative J. French Hill which looks to amend the rules of the Internal Revenue Code of 1986 (the “Code”) concerning  “subchapter S” qualified corporations (“S Corps”), and the limited number of permitted S Corp shareholders, to help facilitate crowdfunding by S Corps. While useful, I do not believe the Bill goes far enough to make crowdfunding a viable option for S Corps.

What is an S Corp?

For those unfamiliar with what an S Corp is, let me briefly explain; I promise, it’s important. An S Corp (sometimes referred to as an “S Corporation”) is actually a regular corporation (sometimes referred to as a “C Corp” or “C Corporation”) that has applied for a special election under “Subchapter S“ of the Code in order to avoid corporate double taxation (i.e. once at the corporation level and again at the shareholder level). An S Corp effectively becomes a pass-through entity for tax purposes and income is taxed at the owner level similar to how partnerships and limited liability companies (LLCs) are taxed. As a result, by electing to become an S Corp, a business can avail themselves of the legal protections of a corporation, which has a more defined and robust supporting legal history over other entities, while still taking advantage of the single tax structure available to LLCs and partnerships. There is a catch though. S Corps have very strict guidelines, and to qualify for S corporation status, the corporation must meet the following general requirements:

Without getting into a discussion as to the benefits of one corporate form over another, LLCs tend to be the current preferred entity choice for new and small businesses due to

their flexibility (e.g. not having to meet the above requirements or the general corporate formalities that go with being a corporation). That being said, for certain tax, liability protection and/or reputational concerns, many businesses are formed as corporations, the overwhelming majority of which have elected to be S Corps. In fact, some of the largest private companies today remain S Corps. Accordingly, loosening up the strict guidelines governing S Cops to allow for crowdfunding by these entities IS an important concept.

What the Bill Does and Doesn’t Do:

Correctly assuming that a given Title III crowdfunded offering may have multiple investors, the Bill attempts to carve out an exception to the 100 shareholder cap under the Code. Essentially the proposed changes provide that, in calculating the number of shareholders for purposes of meeting the S Corp requirements, shareholders who acquired shares in connection with a Title III offering and/or a Regulation A+ offering won’t be counted. Great, lovely, fantastic, but that is ALL the Bill does and it’s simply not enough to make crowdfunding workable for S Corps. Here’s why. You may not have noticed, but there are two other S Corp requirements above that are just as prohibitive to S Corp crowdfunding, if not more so, than the 100 investor cap. Can you guess which ones? I’ll give you a hint, it’s the last two; the required one class of stock and the inability to make disproportionate distributions.

As we all know, under Title III a “Special Purpose Vehicle” (SPV) investment structure cannot be created meaning all Title III investors will be direct investors in the company. SPV structures are not contemplated with Regulation A+ offerings either. Putting that aside for a second, we also know that in connection with a crowdfunding offering a special class of stock/interest is often created to sell to crowdfund investors which typically gives them preferential distribution rights but limited/no voting rights. See the issue here? 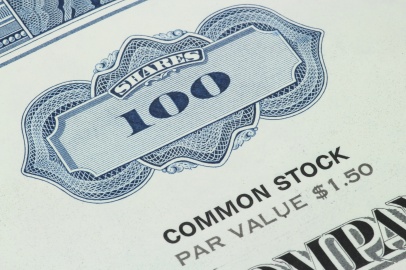 Assuming the Bill passes in its current form and nothing else changes, an S Corp who does a Title III/Regulation A+ crowdfunding offering would still only be able to have, and sell, one class of stock. This would result in all investors coming directly into the company owning the same class of “common” stock as the current owners and having the same voting and other rights with respect to such shares. Can you imagine what a mess that would be in terms of the company’s capital table and voting on corporate matters??? Not just on major corporate issues but even simply voting on the required annual election of directors. It should be noted that it IS possible for an S Corp to have both voting and non-voting common stock and still satisfy the “one class” requirement so long as all other rights (e.g. distribution, liquidation, preemptive, etc.) are identical. Let’s be honest though, voting rights or not, what chance will this company have to get a second round of funding (should they need it) if the company has hundreds of “common” shareholders on its books? Considering many businesses form themselves as corporations specifically contemplating future “Series A” level funding, this would be a HUGE red flag against most S Corps using crowdfunding at all. 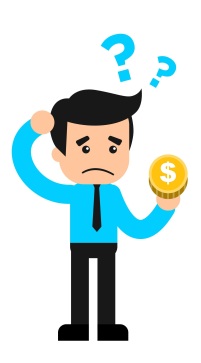 Let’s take this even 1 step further. Unlike LLCs, with S Corps there can be no disproportionate distributions of dividends and/or losses. This could be a major issue for S Corp owners who are used to taking a portion, if not the majority, of their income as distributions (which can be taxed at lower capital gains rates) rather than salary (which is taxed at ordinary income rates). Let’s assume that an S Corp, who has completed a Title III/Regulation A+ crowdfunding round, has only $X in any given quarter/year to  distribute. The $X amount, which used to go only to the original owners, must now be split ratable among the original owners and the hundreds of crowdfund investors; resulting in the owners getting $Y (as in $Y-the hell did I do a crowdfund offering). Again, if it was my S Corp this would be a HUGE deterrent against using crowdfunding at all.

The Bill is noble in its efforts to change the Code and the included provisions do work with respect to that one S Corp requirement. However it absolutely needs to go further if crowdfunding by S Corps is going to be a viable option. Luckily the Bill has just been introduced so there is time to change it. With that I suggest that Representative Hill fix this Bill by creating similar exclusions to the single stock class and pro-rata distribution requirements for offerings made under Title III and Regulation A+. One more thing, how about adding offerings made under Rule 147/Section 3(a)(11) to the transactional exemption list and giving intrastate offerings some love???….