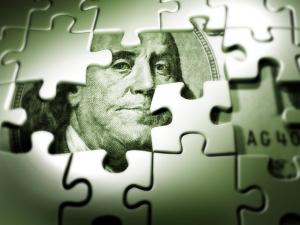 They say that there is no such thing as bad press but I am not so sure that I agree with that statement. While this may be the case for the Kardashians, I don’t think the same holds true for the crowdfunding/P2P lending industries. In fact, based on some of the recent articles I have read, the press’ often lack of understanding might be doing more harm than good in terms of helping the general public understand what these industries are and how they can be useful. To help clarify things, Kiran Lingam (general counsel of SeedInvest.com) and I put together an Infographic analyzing the various existing capital options.

Don’t get me wrong. I am truly happy that over the last year the mainstream media has really taken notice of the crowdfunding/P2P lending industries and their potential benefits to businesses and investors. The problem comes in the fact that many authors (and others) seem to be looking at the capital options in terms of their weaknesses in relation to each other and fail to see how each could be useful given the right circumstances. For example, as the author of the Illinois Intrastate Crowdfunding Bill, I have received multiple calls from reporters lately asking basically the same question which is: “with the recent release of the new Regulation A+ is there even still a need for an intrastate exemption?” With a deep relaxing breath my response is usually something like: “well, let me ask you, do you think a company preparing to do an I.P.O. has the same capital needs as a company preparing to do a Kickstarter campaign?” … “Probably not, so they shouldn’t be looking to use the same options to raise capital right?“…

Even if you disagree with the usefulness of intrastate exemptions in general, you have to agree that comparing Regulation A offerings with intrastate offerings makes no real sense. It’s like comparing apples and pineapples. Yes, they are both fruits, but that doesn’t necessarily mean you could (or should) use one in the place of the other (unless you like pineapple pie and/or apple upside-down cake of course). Compliance with Regulation A+ 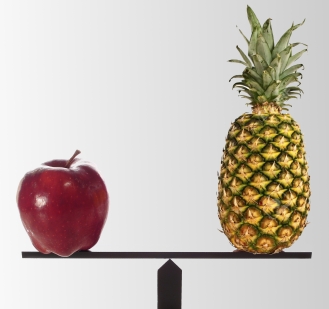 To better illustrate the potential benefits of the currently available crowdfunding/P2P lending (and other) capital options, Kiran and I put together the Infographic below (click HERE for the full Infographic with descriptions of the various options). The intent of this Infographic was to: 1) give a brief description of each of the various capital options; 2) provide a quick reference guide to the general amount of time and cost associated with each of these options; and 3) illustrate where, based on the growth stage of a company (and our opinion), each of the options might be most useful. 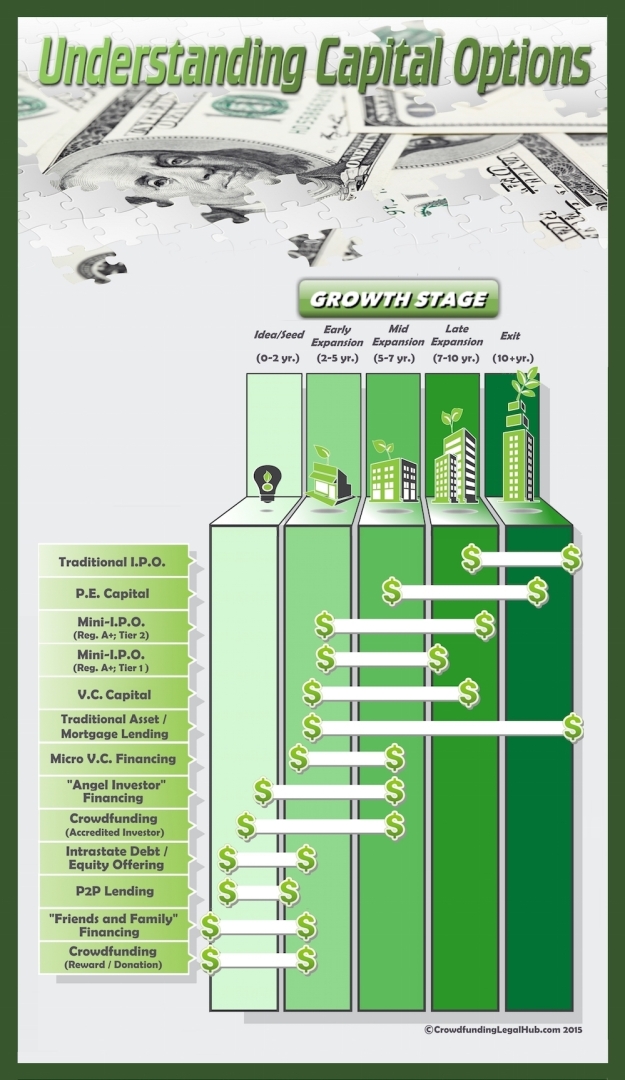 It should be clear from the Infographic that each of the capital options can have its “sweet spot” somewhere in the life of a growing company and can be useful given the needs and finances of the subject company. At the end of the day, there are numerous capital options available to today’s businesses, some of which have never existed before. Regardless of your particular feelings regarding one or more of the illustrated capital options the fact remains that each option can potentially give the subject company access to capital which it might not have otherwise have had access to … Certainly that can ONLY be looked at as a benefit.