Enter The Age Of Illinois Crowdfunding

I am absolutely ecstatic to announce that, after more than a year of lobbying, this week the Illinois Intrastate Crowdfunding Bill (HB 3429) was approved. In fact, in a rare display of true bipartisan action (especially for Illinois), the bill received unanimous support in both the House and the Senate. As the Bill moves to the Governor’s desk for signature there is a lot of excitement building among entrepreneurs and investors as we usher in the age of Illinois Crowdfunding.

What the Bill Does.

For those that don’t know, “investment based” crowdfunding is similar to the fundraisers you see on Kickstarter and Indiegogo, except that with “investment based” crowdfunding, the person giving the money will actually receive debt of/an ownership stake in the company in exchange for their money rather than a t-shirt or some other reward.  So, put simply, the adopted exemption allows ANY Illinois resident to actually invest their money in an Illinois company in exchange for debt of/equity in the company.

While similar regulations currently exist in other states, with the governor’s signature, Illinois will become home to one of, if not the, most competitive Intrastate crowdfunding regulations in the nation.

If interested, here is a full copy of the final version of the Illinois Intrastate Crowdfunding Bill (HB 3429). For those looking for the “Cliffs Notes” version, here are some of the main points:

As Elliot Richardson of the Chicago-based Small Business Advocacy Council (SBAC) put it best, “intrastate investment based crowdfunding can be an absolute game-changer for the Illinois small business community.” The approved Bill has the potential to give Illinois businesses access to vast amounts of new capital and to allow Illinois

residents to invest in growing Illinois’ businesses (including, start-ups). Now it’s just a matter of educating people about this new form of capital/investment and how to use it.

Similar legislation has been enacted in several other states but the use of intrastate crowdfunding has been somewhat slow going (snail paced actually). While there have been some regulatory speed bumps in other states (which I believe we alleviated in the Illinois Bill), the primary reason for the slow use of intrastate crowdfunding is simply lack of information. Either entrepreneurs/investors get “investment based” crowdfunding confused with reward sites like Kickstarter or Indiegogo (and become disinterested) or they don’t even know it exists.

Given the tremendous support by entrepreneurs and local businesses here in Illinois, I am certain that we can overcome this knowledge barrier. The Bill was lobbied for by the SBAC (having over 400 small business members) and members of 1871 (a large local incubator). These are going to be some of the primary users of this Bill and they have already been made aware of its existence. Now the only thing is to educate them on HOW to do it. To help facilitate this, I intend to revamp my previous bill lobbying site (www.illinoiscrowdfundingnow.com) to be an information hub for all things Illinois crowdfunding, including information on: how to use investment based crowdfunding, where to find relevant service providers, etc.

The approved Illinois Intrastate Crowdfunding Bill is extremely balanced and flexible and I am certain that once businesses and investors are made aware of its benefits, use of intrastate crowdfunding here in Illinois will spread like wildfire. That being said, hopefully you will forward this post along to help spread the word….

Before I conclude this post, I would like to acknowledge and thank all of the people who helped get this Bill passed. I wrote the Bill but it truly would not have gone anywhere 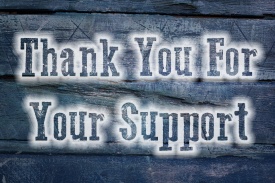 without the support and hard work of numerous people. While I don’t want this to sound like some type of Oscar acceptance speech, I do believe that special thanks should go out to the individuals below who went above and beyond in working to get this Bill passed. I know I speak for the entrepreneurs, small business and investors in Illinois when I extend my sincerest thanks to each of them for all of their hard work.

Anthony Zeoli is an experienced transactional attorney with a national practice. Specializing in the areas of securities, commercial finance, real estate and general corporate law, his clients range from individuals and small privately held businesses to multi-million dollar entities. Mr. Zeoli is also an industry-recognized crowdfunding, peer-to-peer (P2P) lending and JOBS Act expert and is currently an active board member and Secretary of the CfPA (Crowdfunding Professional Association) and an active member of CFIRA (Crowdfund Intermediary Regulatory Advocates). Most recently he drafted Illinois House Bill 3420, a bill which provides for an intrastate crowdfunding exemption in Illinois and which was unanimously approved by the Illinois’ house and Senate. Anthony is also currently actively involved with the entrepreneurship program at the University of Illinois at Chicago as both a mentor and a student advisor and is an active advisory board member of the New York Distance Learning Association (NYDLA).
View all posts by Anthony Zeoli →
This entry was posted in Gen Crowdfunding and tagged accredited investor, crowdfunding, Illinois Proposed Crowdfunding Exemption, Intrastate Crowdfunding, JOBS Act, legal, Real Estate, Recfund, RECfunds. Bookmark the permalink.

3 Responses to Enter The Age Of Illinois Crowdfunding