Will Title III Crowdfunding Be a Reality or a Pipe-dream? 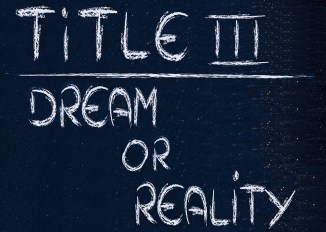 Since the signing into law of the Jumpstart Our Business Startups (JOBS) Act  in April of 2012, crowdfunding advocates have anxiously awaited the day that retail crowdfunding (Title III) would become a reality. After over three LONG years of waiting, we are mere months away from the regulations governing retail crowdfunding becoming effective. The real question now, however is: Will anyone actually use the new rules?

The final Title III crowdfunding rules released by the SEC are 685 pages long. For those actually interested in reviewing the rules, however, unless you are a lawyer and have nothing better to do (like myself), I highly recommend checking out one of the currently available primers such at the one put together by Crowdcheck. Are the rules workable you ask? In theory, the answer is yes. A retail crowdfunding offering COULD work. That being said, there are simply easier, cheaper and/or more useful methods for accomplishing the same funding goals, so I do not see retail crowdfunding as being a particularly attractive option. In my opinion, the final rules significantly overregulate what was intended to be an easy capital-raising tool – particularly with respect to portals – and I don’t think you will see a lot of retail crowdfunding taking place in the near future. Here is why.

First, from an issuer standpoint, there are several provisions of the rules that limit the attractiveness and viability of retail crowdfunding as a capital-raising option. Probably the biggest limiter is the $1 million dollar offering cap. There is a significant amount of complexity and cost involved in putting together a retail crowdfunding offering and, quite simply, there are cheaper ways for an issuer to raise $1 million dollar (e.g. options such 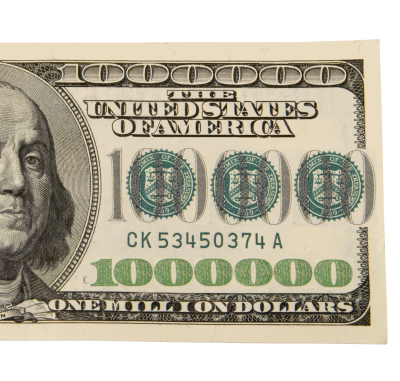 as Title II and applicable Intrastate offerings). Another major limiter is the maximum investor cap of $100,000. This cap is the same regardless of whether an investor is accredited or non-accredited. As SEC Commissioner Michael Piwowar stated, “even if you are Warren Buffet or Bill Gates, you are limited [on how much you can invest.” There really is no logical reason for this limitation, and it will only make it harder for issuers to reach their funding goal. Finally, the final rules prevent the use of “special purpose” vehicle/entity (SPV) for aggregating investors. Without getting into a great amount of detail, there are significant administrative and other reasons why using an SPV structure is preferred and why it has become standard in the Title II industry. Prohibiting the use of such a structure creates unnecessary complication both in terms of structuring the offering and in dealing with investors on an ongoing basis (e.g. without an SPV, all of the investors will need to be identified on the books of the issuer, will have statutory rights of access to books and records, etc.). Taken together these limitations make retail crowdfunding an unattractive option for most small and emerging companies, particularly in light of other available options.

From a portal standpoint, the obligations are even more onerous. Unlike other online offerings (e.g. Title II (Reg. D) and Title IV (Reg A+) offerings), all retail crowdfunding offers MUST be made through a qualified “funding portal.” In order to qualify as a Title III “funding portal,” a portal must both register with the SEC (via the new “Funding Portal” form) and must also become a member of a national securities association (i.e. FINRA). Two overseeing regulatory bodies, what could be more fun? Compliance with these requirements, while difficult and time-consuming in their own right, is not the

most troublesome of the obligations forced on portals. It is the fact that the SEC has effectively made funding portals the gatekeepers to the public; shifting the bulk of regulatory compliance, as well as responsibility and liability for vetting potential offerings, onto the funding portals themselves. Among other things, under the final rules funding portals are affirmatively required to: do significant due diligence on the issuer/offering; provide educational materials to investors; ensure investors are investing within their income limits; and provide initial and ongoing offering data to the SEC.

Let’s be clear, many of the current Title II crowdfunding portals are doing some level of due diligence on their offerings out of reputational interests alone, but they are not affirmatively tasked with guarding the public’s interest as they are under the final Title III rules. Moreover, while funding portals under the final Title III rules seem to be tasked with services akin to fully registered broker-dealers, they are prohibited from taking common broker-dealer actions, such as recommending particular offerings to investors and directly soliciting purchases, sales or offers.

As you can see, qualified funding portals will have a LOT of responsibility, as well as a lot of potential for liability. Quite frankly, I just don’t see the upside. Sure, a funding portal can now take an equity piece in the issuer, but it’s not a big enough incentive to offset the time, money and hassle of complying with the onerous obligations.

Taken together, we have a real chicken and egg problem. An issuer (assuming it even wanted to) cannot do retail crowdfunding offerings without an existing qualified funding portal. On the other side, however, a portal would need to take on a significant amount of responsibility and potential liability to become qualified and would only do so if it believes there is a viable upside. As I do not see retail crowdfunding being a particularly popular option for issuers for the reasons noted above (coupled with simple lack of knowledge of the option), I believe there is very little current upside for a portal to enter into this industry. Put another way, there is really only so much a portal can charge an issuer given the miniscule offering cap, and there are only a limited number of issuers who will want to use this rule in its current form, let alone make it through to market given the required portal-vetting obligated by the SEC. Hence, I just cannot see it being worth it for a portal to take on the required obligations. Further, if there are no funding portals, there really is no one actually educating investors, particularly non-accredited investors, about this market.

Will there be portals who are willing to jump into the retail crowdfunding industry in 2016? The answer is YES. Crowdfunding platform StartEngine has already formally commenced registration with the SEC and FINRA to become a “funding portal” and there are some other larger and/or well-funded portals who will certainly enter the space this year. You will most likely even see a handful of retail crowdfunding offerings make it to market, though I doubt many will be successfully funded. What I would not expect is to see the retail crowdfunding market to make any mainstream headlines in the near future. As noted, there are simply more viable options currently available to issuers, even if they want to solicit non-accredited investors (e.g. options such as Title IV and applicable Intrastate offerings).

To make retail crowdfunding truly work, the rules need to be significantly modified to make it more attractive to both issuers and portals. First and foremost, the offering cap needs to be raised to make it worth it for issuers to use retail crowdfunding in lieu of other existing options. Even Doug Ellenoff, arguably the biggest Title III proponent, agrees as he was quoted as saying “[f]or Title III to really become useful, it will have to be increased to permit $5 million dollar financings.” Only then will there even be a large enough group of quality issuers willing to do an offering to make it worth it for portals to enter the market. Portals will then, in turn, help educate and attract investors, and so on.

On the portal side, changes need to be made to streamline compliance. If the SEC wants these portals to act like gatekeeping broker-dealers, then just make it a requirement 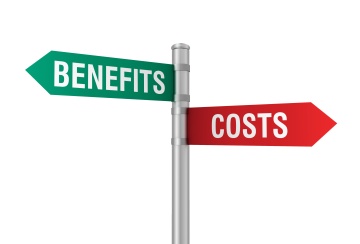 that they be registered broker-dealers and stop trying to create some weird hybrid that has all of the downside and no upside. At least portals will know where they stand and be able to truly weigh the risks involved with entering the retail crowdfunding market. Until such significant rules changes are made, national-level retail crowdfunding will continue to remain a pipe-dream.

Anthony Zeoli is an experienced transactional attorney with a national practice. Specializing in the areas of securities, commercial finance, real estate and general corporate law, his clients range from individuals and small privately held businesses to multi-million dollar entities. Mr. Zeoli is also an industry-recognized crowdfunding, peer-to-peer (P2P) lending and JOBS Act expert and is currently an active board member and Secretary of the CfPA (Crowdfunding Professional Association) and an active member of CFIRA (Crowdfund Intermediary Regulatory Advocates). Most recently he drafted Illinois House Bill 3420, a bill which provides for an intrastate crowdfunding exemption in Illinois and which was unanimously approved by the Illinois’ house and Senate. Anthony is also currently actively involved with the entrepreneurship program at the University of Illinois at Chicago as both a mentor and a student advisor and is an active advisory board member of the New York Distance Learning Association (NYDLA).
View all posts by Anthony Zeoli →
This entry was posted in Gen Crowdfunding and tagged accredited investor, crowdfunding, FINRA, non-accredited investor, retail crowdfunding, SEC, Title III. Bookmark the permalink.

3 Responses to Will Title III Crowdfunding Be a Reality or a Pipe-dream?