To date, most crowdfunded investment opportunities have been limited to wealthy investors who meet the current definition of “accredited investor.” This has left an absolutely HUGE market of potential investor capital, represented by those individuals who currently do not qualify as accredited investors, virtually untapped. However, with the increasing number of viable intrastate crowdfunding regulations (*cough*… Illinois), as well as significant broadening changes potentially being made to the current definition of accredited investor in the near future, more investor capital than ever before is set to enter the private placement market. Of the classes of crowdfunding investments that will gain from this potential influx of new investor capital, real estate crowdfunding is certainly at the top of the list.

Just How Big Is This Untapped Pool?

Let’s do some quick math just to get a sense of what we are talking about here in terms of the potential influx of new capital represented by this untapped pool (remember when your mom said math would come in handy one day, yeah that’s now). According to the SEC’s recent Staff report, roughly 10% of the U.S. population (or roughly 12.5 million households) qualify as accredited investors under the current standards. If you extrapolate that out, roughly 112,500,000 households (i.e. the other 90%) do NOT currently qualify. Now let’s assume that, conservatively, a third of these households are willing to make an investment in something like a stock or other security (it’s actually more like 50%  according to a recent GALLUP poll). That would leave roughly 37,500,000 potential investing households. Finally, let’s assume these households are willing to make a meager $500 investment per household per year. That would result in a potential untapped capital 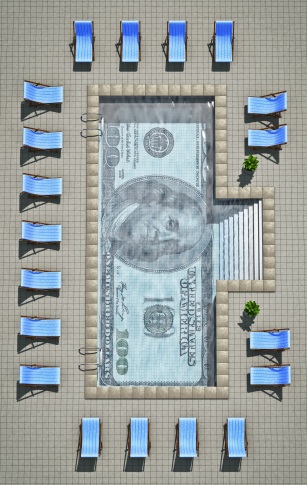 Obviously these are just some very quick calculations and are not intended to be dispositive. That being said, you can certainly see that there is some serious money which currently remains outside of the private placement market. Before the critics chime in, yes it’s true that $18.7 billion represents only a fraction of the current $1.1 trillion dollar private placement market. However, assuming the above calculations are substantively correct, it would take an average per household investment of roughly $30,000 per year to match that $1.1 trillion dollar number which is certainly not out of the realm of possibilities (in the future of course). More importantly however, whatever the total potential capital amount of this pool ultimately is, we are talking about NEW money because this pool remains virtually untapped today in terms of private investment dollars. Accordingly, any significant change in the regulations concerning who can invest in private investments can potentially have huge effects on the private placement market.

Before we leave this discussion, it should be noted that the above calculations begin with the assumption that the capital gates are flung wide open (i.e. that the “other” 90% of households are given the opportunity to invest). This would only be the case under regulations such as most current intrastate regulations and Title III which allow anyone (i.e. accredited and non-accredited investors) to participate. If we consider only the individuals included in the proposed SEC changes to the definition of accredited investor, the pool would most likely be notably smaller. How much small would actually depend on which additional qualifications the SEC ultimately chose to include. Since that is an unknown variable at this point, let’s just say that potential influx of new capital resulting from such changes would be some percentage of the above total pool.

Which Investment Sector Stands To Benefit The Most?

This is certainly an arguable question but in my opinion the investment sector that stands to see the most benefit from gaining access to this untapped capital pool is the crowdfunded real estate sector. Why you ask? Because its an easy way to invest in real estate and who doesn’t want to invest in some form of real estate? If you don’t believe me, just turn on HGTV sometime and see how many new shows their are about flipping houses these days. I mean c’mon, when Snooki from Jersey Shore has her own flipping show you know real estate investing has gone mainstream.

Investors always have, and always will, love to invest in real estate because it is a hard asset class that is generally easy for investors to understand; or at least most like to think they understand it. In fact, according to a recent Bankrate.com study on investor preferences, 27% of all surveyed participants cited real estate as their preferred option for long-term investment; the highest of any asset class and well above the 17% who said they preferred to invest in the stock market. That is more than 1 out of every 4 people! This is a very telling percentage if we logically assume that the majority of people surveyed during the telephone poll are most likely part of the 90% currently non-accredited pool discussed above. As Greg McBride, CFA, Bankrate’s chief financial analyst, commented “the

preference for real estate over, say, the stock market, does beg the question of whether or not Americans are again viewing [real estate] as a golden ticket.”

“Alternatives investments are, and will continue to be, an extremely important part of an investor’s portfolio. Pension funds and endowments don’t beat the market by investing in just stocks and bonds. They invest in multiple alternative types of investments and need to provide similar opportunities to individual investors as well. Crowdfunding, particularly real estate crowdfunding, enables smaller investors to build wealth in a way that they simply can’t do in the public market.” says Michael Episcope, Principal and co-founder of Origin Investments.

The size of the real estate crowdfunding industry has essentially doubled year over year since 2012, resulting in an estimated $2.5 billion dollars in funding in 2015. Between the continued juggernaut like increasing popularity of this market segment, and the additional regulatory changes discussed above, all signs point to 2016-2017 being a landmark year for the real estate crowdfunding segment. As Jilliene Helman, CEO of RealtyMogul.com, stated:

“RealtyMogul.com has been following the various proposed broadening changes to the accredited investor definition. These changes, if enacted, could open up opportunities for millions of potential investors with the appropriate educational background and job experience to evaluate private placements. RealtyMogul.com’s purpose is “access through innovation” with investor protection and compliance as our guiding principles. Expanding the accredited investor definition fits well with our commitment to our investors and our overall strategic vision.”

While it is beyond the scope of this post, the vast majority of potential gains to be made by investing in a company are eaten up while the company is privately held (for a more detailed discussion on this see the recent Andreessen Horowitz presentation  “U.S. Technology Funding — What’s Going On?”). Unfortunately for the 90%, almost all private company investment opportunities today remain reserved for high net worth individuals (i.e. those who qualify as accredited investors). This simply needs to be fixed. As stated by Rodrigo Nino of the Prodigy Network:

“Inequality is one of the greatest problems in the world today. I believe that this is caused in large by the fact that only the very wealthy obtain attractive investment opportunities, while the small and medium-sized investors are condemned to very low returns which in many cases end up being negative net returns (when you take into account the cost of debt). Opening up the private markets is key. There are many people capable of evaluating private placements that do not necessarily meet the wealth hurdles.”

Fortunately for proponents of such change like myself, there is more pressure being placed on regulatory bodies than ever before to open up access to private investments and it looks like substantive changes might actually be coming to fruition. While I cannot say for sure what changes will ultimately be made, I can tell you that multiple people are prying at the doors of the huge untapped pool of “non-accredited” investor capital and, one way or another, those doors are going to get opened.

Moreover, whether resulting from more real estate offerings being made on an intrastate (or even Title III) level, from substantive changes to the current definition of accredited investor definition (to the extent passed), or some combination of both, I am absolutely certain that we will see real estate crowdfunding investment opportunities increasingly tapping into this new pool of investors in both the immediate

and foreseeable future. Hell, I wouldn’t even be surprised if you turned on HGTV a few months from now and saw “Flipped By The Crowd” or “Crowd My Flip” (both of which I coincidentally trademarked as of right now).  Real estate crowdfunding is here to stay people and its this sector that will be the first in line when those “non-accredited” investor doors open … Just remember, you heard it here first!

Anthony Zeoli is an experienced transactional attorney with a national practice. Specializing in the areas of securities, commercial finance, real estate and general corporate law, his clients range from individuals and small privately held businesses to multi-million dollar entities. Mr. Zeoli is also an industry-recognized crowdfunding, peer-to-peer (P2P) lending and JOBS Act expert and is currently an active board member and Secretary of the CfPA (Crowdfunding Professional Association) and an active member of CFIRA (Crowdfund Intermediary Regulatory Advocates). Most recently he drafted Illinois House Bill 3420, a bill which provides for an intrastate crowdfunding exemption in Illinois and which was unanimously approved by the Illinois’ house and Senate. Anthony is also currently actively involved with the entrepreneurship program at the University of Illinois at Chicago as both a mentor and a student advisor and is an active advisory board member of the New York Distance Learning Association (NYDLA).
View all posts by Anthony Zeoli →
This entry was posted in Gen Crowdfunding and tagged accredited investor, Intrastate Crowdfunding, non-accredited investor, Real Estate, Realtymogul, Recfund, RECfunds, Rule 501, SEC, Title II, Title III. Bookmark the permalink.